Home › News › In The Community 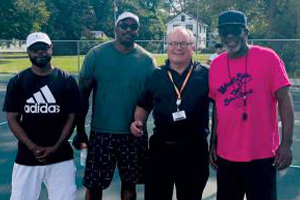 MFG Corp Every summer since 1980 the City of Ashtabula has sponsored an exciting event called the Westside Shootout. Competitors from age 11 to seniors compete on the two courts in Unity Park. These courts were made possible in part through a donation from the Richard Morrison Foundation in 2016.